Patrick Westfall: Don’t Let Anyone Tell You that it Can’t Be Done

Patrick Westfall is the Molecular Biology Group Leader in the Advanced Technology Development Department at Dow AgroSciences. The ATD group’s goal is to identify new technologies that allow them to engineer desirable traits in plants.  One of their latest developments is a platform called ExZACT™ precision engineering, which is the idea of using zinc finger nucleases to perform specific genome targeting of desirable traits in crops such as corn and soybean.

So what are these traits? 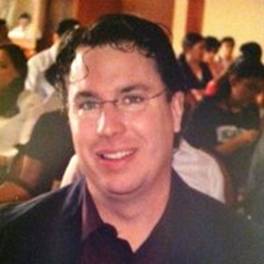 Experiments are done in the laboratory, in onsite greenhouses and in controlled, experimental plots all over the world. The pipeline of each product takes about 9-12 years. It can be compared to the stages of pharmaceuticals development: You start small scale in the lab and greenhouse then take it the field (clinical trials), go through the processes of approval from regulatory agencies (such as the EPA, FDA & USDA), and then start the production line. Once all that’s completed, the seeds can be sold to the farmers and the theory becomes reality.

The regulations in the US are different than in Europe and other areas. It’s the same science of course, but there is more of a social stigmatism about genetically modified organisms in Europe. “Ever since we started agriculture we have been genetically modifying organisms by selecting for traits. We’ve just sped that process up by using genetic engineering and all the tools of molecular biology that have become available”.

“Drew Endy at Stanford University is someone who has given a lot of consideration to the fact that we’ve come so far in science that you could potentially do your own genetic engineering in a lab set up in your garage. Individuals have been empowered to engineer organisms – it’s as accessible as computer science and the Internet. People who don’t understand the intricacies of the science can use that as an opportunity for fear mongering and suppressing scientific progress.”

Before moving to Dow AgroSciences, Patrick Westfall worked for Amyris Biotechnology, Inc and was heavily involved (second author of the publication in Nature) in a non-profit project, funded by Bill & Melinda Gates Foundation, to synthetically engineer the yeast, Saccharomyces cerevisiae, to produce a precursor to the anti-malarial drug Artemisinin, which is normally sourced from the plant, Artemisia annua and in limited supply. The idea is simple – to produce large quantities of the drug at minimal cost to save dying kids in Africa. “Believe it or not, we got negative press from people who don’t understand what we’re doing. People claimed we would be putting farmers out of work, or that the drug company just wanted to get people in developing nations hooked on using their brand of drugs. It’s kind of a sad comment on society but I knew we were doing a good thing – people will always find a negative.”

When asked why he chose to work in industry, he answered “I like the focus on teamwork and collaboration. With academia, you are always distracted by applying for the next grant and it’s very oriented to an individual’s accomplishments. Industry is much more oriented toward team collaboration, and focused on solutions. It’s focused on the end goal rather than what’s immediately in front of you.”

Finally, some sage advice for the next generation. “The most important thing that I’ve learned is this: Don’t let anyone tell you that it can’t be done, and the other side of the coin, don’t be afraid to be wrong – take risks. For example, when I was working at Amyris, a young Research Associate brought me a flask that was supposed to be growing cells producing the anti-malarial precursor, but there was some precipitate on the edge on the glass. I looked it at it and said the media was made wrong – the pH must be off and the salts in the media solution were crashing out. She insisted she had made it right, but I still made her do it again – with the same result. This woman, who was not in a position of authority but was full of confidence, scraped off the salt and took it down to the chemistry lab for a simple TLC test. It turned out that she was right, and that the precipitate was in fact Artemisinic Acid. It was making so much of the product that it was precipitating out of the solution. She took a risk, she didn’t let me tell her she was wrong, and, in the end, I was happy to be wrong, because it turned out to be a huge breakthrough. You have to be open to new ideas and you have to take risks.”

*The opinions expressed in this interview are those of the individual and do not necessarily reflect those of Dow AgroSciences or Amyris, Inc.

The Recently Leaked Secrets to Where to Buy Cbd Oil Uncovered

The Characteristics of Where to Purchase Cbd Oil

The Characteristics of Where to Buy Cbd Oil

The Characteristics of Where to Purchase Cbd Oil